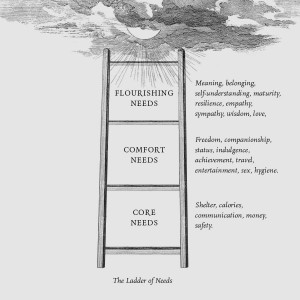 As the Kylie’s battle it out in cyber space for naming rights, as the Dumphs and Burnies lock horns in the US of A, as the huddled lifejacket masses of Africa and the Middle East flee war and poverty across the Mediterranean the world turns. New cars are purchased and old ones go into land fill. Sea creatures eat plastic and bloat with hormones. Almost as many migrants and refugees crossed the Mediterranean into Europe in January and February of 2016 as in the first six months of last year.

Do I sound negative? Well yes I am negative I am disgusted by the carelessness and lack of care with which we all go about out lives. I am no exception, the AC blares from time to time and the electric lights flash even as I write this. I feel helpless against the tide of destruction I see everywhere. A small gentle gesture of love, a smile, a curtesy, that’s all I can give. What is that against the tide of consumerism, the unconscious populations struggling for survival. What can I give to assuage the tsunami of rubbish rising with the melting polar ice, soon to cover Pacific Islands. Is the loss of unique species worth the survival of one, humanity. Is humanity greater in consciousness than the bio diversity, afforded by the multi-forms of life on this planet? Is the sacrifice of diversity an evolutionary step or have the inhabitants of this planet created an end game.

The earth, the soil is connected by fungus strands that signal data, communicate from plant to plant, from forest to forest. Great tracks of that communication system are destroyed, the implications of that, the land divided up into isolated patches struggling for survival. Plants in a pot one is loved and spoken to kindly, the other is yelled at, the third is ignored. Of the three plants the one that did the worst is the one that was ignored. Children are isolated from their parents, friends, the earth, themselves by devices. I don’t think anyone who is caring for a child and at the same time looking at social media on their phone realises just how much damage being isolated and ignored can be to another human.

I have no idea where to begin to assuage my own sense of isolation from the world, I attempt to Mind My Own Business and you know I have lost my smile from having to zip my lip. “None of my Business.” I intone, ”Yes that’s right what you are judging is really something you have not owned in yourself yet.” Well that coping method is getting old along with me.

I am overwhelmed with the distress I am feeling from the earth and the pain and living deaths I see behind peoples eyes. I have moments of great inner happiness and derive a great deal of strength from the meditation practices I pursue. That’s what I do I watch my friends make the same choices over and over, and then complain or mourn the consequences flaying about in the quick sand of their own creations. I am no different, my visceral attachment to life drives me to eat and my psychological need for communication drives me to listen. I find it difficult to say what is in my heart because my heart is breaking for the planet. The sadness I feel is because on some level we all have a blueprint or a fantasy about how life should be and it consists to a large extent of material accruements and is mostly unachievable, so we blunder about confused trying this and that and wondering why we are still fat, unhappy, poor, alone.

The refugees in the middle of the Mediterranean clutching their children, fearing for their very lives are reaching out asking for help and we close borders. These times are a test of our humanity and to survive this crisis we need to find the best in ourselves and share that, become that. Connect and find out what who we are in the faces of those who need our full humanity to manifest itself now.