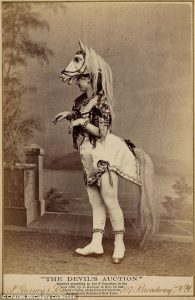 This image has noting to do with the text just necessarily silly.

“For your own safety do not run at closing doors.” Not that I thought that was a good idea, in fact, it had never occurred to me, but there I stood and a disembodied voice at the local train station piped that through the air waves after announcing the arrival and departure of various commuter trains. The punters around me in this non peak time were far from launching themselves at anything. The mums in burkas pushing prams, the diminutive Chinese women carrying plastic bags of vegetables, the surly man who’s eyes were glued to his phone screen, the elderly man with his metal walking stick and the others trickling in and out of the station. There were no door runners in this motley crew.

I am in the burbs of Sydney brandishing my Opal travel card at touch screens and tapping my debit card at various retail counters. My head is heavy today as if I have a hangover, it’s probably a post travel thing, all night plane travel can have strange effects, almost hallucinatory. Well, frankly the effects, if they are effects, are at times alarming but mostly amusing. Small details  take on an odd importance. The hands of a fellow traveler, long restless fingers with chipped nails drumming on the plastic seat cover get to be sinister and malevolently annoying after five minutes. I concentrate on the passing scenes, factories, cars, little tiny people crossing roads anything to not look at the hands and the slightly asymmetrical  face sitting across the train from me. Yep, I’m tired and really annoyed at myself and Australian Government agencies who lost some of my documents resulting in my being in Australia to remedy their mistake.

I travelled from Cambodia partly because it is so hot there, at the moment, and I though Sydney would be a pleasant break in the bosom of my family. Yet I am restless, unoccupied and unsure about the dates of my return. I haven’t managed to feel really healthy, you know, vibrant and motivated in Oz yet. The day looms before me a humid and mild sunny offering at my feet. I’m waiting for a document to be delivered I’m waiting for inspiration to exercise my body and find a way to clear my head.

I stretch into yoga forms and contract hard to anchor myself into the ground, I follow a proscribed formula of movements and yes the head clears but I can’t bring myself to face the inane announcements and smile-less ambulatory movements of the local shopping centre, perhaps I will run at a door that’s closing and see what happens.