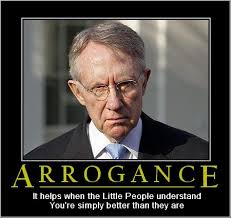 The days I travel on the Sydney trains I usually enjoy. I have supplies, a bag with a novel, a fine black felt tipped pen and a small notebook. Yep I know it’s a bit, no, a lot, old school, but even though my bag also carries a with more memory that I will ever possess, I do not make notes in it or use the online diary supplied in the software, for that I have, this year, a blue paper diary.

I was set up on the train, feet planted resisting the ever present urge to cross my legs, bag on my lap and my book open on it. A young man sat down heavily beside me, so heavily I bounced up as he plonked down. The people piled on, some with suitcases; some with phones glued a few inches from their irradiated brains.

I was reading a book about the American civil war, the story of one preacher, his battles with himself and the course of the war. I looked up, a tall man was glaring in my direction. I thought, thank the gods this carriage is so crowded, why is he so angry? I realized that he was glaring at the plonker next to me. The glarer was a tall haughty looking man perhaps from Pakistan while the lad next to me was perhaps from Northern India, he was well dressed in dark grey and black.

I started to get interested as I was almost in the glarer’s direct gaze and that stream of attention was venomous. I looked at the men, one was definitely arrogant, angry and self-righteous, the other young thing sitting next to me was good looking surly, nervous and entitled.

The entitled one noticed the looks from Mr. Arrogance, and said, ”What do you think you’re looking at?”

“Do you know how many women you pushed aside to get to that seat?”
“How dare you speak to me like that!”

At this stage Master Entitled surged to his feet and faced up to Mr. Arrogance.

“What else have you gotta say arse hole?”

I could see the women in the carriage cringing, the inevitability of collateral damage looking good.

I let out a roar, a primal scream, a protest across the ages against the fear warring parties create. I would have none of it. Then I said in a voice designed to freeze dry balls, ”You sit down, and you shut up.”

They both had to be ordered twice, for gods sake. Master. Entitled came at me with his standard reply to challenge,” You can’t speak to me like that.”
“I have and I just did, sit the fuck down. You are both way outta line.”

A few stops on Master Entitled rose and stood just a little too close to Mr. Arrogance meanwhile I glared at them both in turn, and Master Entitled left without incident or damage to himself or others.

Mr. Arrogance immediately attempted to justify his behavior to me. He started by saying, “Thank you for diffusing that situation.”

I mimed a zip-it sign, but he continued saying the man had pushed past many people to get to the seat and crime of crimes had pushed him, “And I hate to be touched.”

For heavens sake wars have been started for less and the two men, mirrors of each other, are like so many people fixed in their beliefs about how the world ought to be. They can’t see the self in the other, their standard reactions being anger, territorialism and aggression.

As Mr. Arrogance was leaving the train another guy appeared and he started to recruit this balding hipster on his team, and Mr. Hipster flexed his mental muscle and thoughtfully said, “Yeah man I wouda done the same thing.”

Mr. Arrogance left his hubris unaffected, having potentially with his hostility endangered the physical safety of fellow passengers, the very women he claimed to be defending.

“Mirror mirror on the wall, who is the most arrogant of all?”