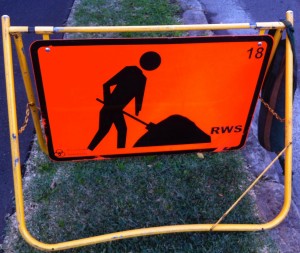 Cleaning with Awareness, Appreciation and Action

I’m doing a bit of house cleaning, not the washing floors and dusting kind, but the kind where I scan memories, tease out any recollections and attempt to validate them. Memory is an odd thing, really inaccurate, different parts of me remember differently, the ego sees slights and disadvantages in the action of others from my past, or my child self remembers things that may have been movies or pictures or family tales as if they were real. There is no one to validate these memories and so all I have is an attempt to use self aware honesty to examine these fleeting impressions that somehow amongst all the trillions of things I have witnessed or experienced have embedded themselves near enough to the surface of my consciousness so I can access them. The rest is a wave length in my consciously unremembered past that flowed through my being leaving no discernible impression.

Some things are real, I did have a tin jewellery box as a 6 year old and I kept in it coloured, sea smoothed, glass collected from a pebbly Indian Beach, I did see tropical Islands slide past as I sailed across the Indian Ocean and I think I was adverse to being daubed with strawberry ice-cream by King Neptune as that same ship crossed the Equator. The sun was shining, adults were having a raucous time, having greasy pole fights and suddenly this alarming figure appeared. Dressed in blue and green tatters, with a full Santa beard, three pointed spear a red ruddy nose below beady black eyes. Children were being singled out to receive the royal daub so they could be issued with a certificate saying they had crossed the equator. I have no idea where the certificate is now, but I kept it for a few years, the seaweed, trident and fish decorations around the edges of the parchment rectangle were green and blue contrasting with the beige of the thick paper. It was rolled and tied with a dark blue ribbon. That’s what I remember but I also remember that my younger brother was terrified by King Neptune and I watched him being man handled into the dauber’s range, and somehow I wonder if the memory of my dislike was a memory of his distress or really mine.

So I avoid housekeeping, it brings up stupid questions that I have no answer for and interferes with my sense of now; the being that is sitting on a bed propped up on pillows writing about memory and experiencing the thrill of finding just the right word. I have no idea what or why certain memories are kept and others are beyond recall. Do neurones only have a limited capacity for storage and have to discard irrelevant memories to make room for possible new imprints?

I am a space in time and yet I am really a space in memory, there is no time without the memory of time passing, so I remember enough to feel sure time is passing but even that poses a question about the nature of time as memory, imprinting the continuum unified field that I can’t sense because my senses filters out the reality of space without time.

I’m sitting on my bed a little dehydrated from a bout of diarrhoea (house cleaning). Something I ate on Saturday night at a concert for the super stars Dengue Fever. The band playing at a local club. Phnom Penh authorities gave the band, the only one to achieve international fame, the run around, making them change venues in the middle of a tour, refusing various licences. Fairly standard stuff for the corrupt and arbitrary local officials. The music was a rich psychedelic rock, the lead singer a Khmer girl with a great singing voice. I had a good view from a balcony but my numb backside eventually slid me off my posse and I moved into a greater space of dancing with my friends and watching the big screen view.

So the days roll on and I was asked if I am happy and in the same hour received an invitation to the Happiness & its Causes conference scheduled for 2016 in Sydney. I couldn’t answer the question and even though I know that happiness is desirable, I don’t desire its balm. Yes I have had great moments of happiness, they come and if I remember rightly they go. It is not how I feel that is important it is what I do with what I feel that is important. I have spent years in the pursuit of equilibrium and in balancing my position and posture so that I can retain equanimity in the face of both happiness and her twin sadness. I am now taking bathwater, baby, old memories, old concerns and maybe I am throwing them all on the same pile of manure and detritus as the valuable stuff but remembering is not making sense and that doesn’t make me happy.