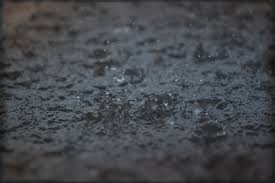 It rained last night, a noisy rhythmic, tropical deluge drumming the rooftops and slapping the leaves into a fever. The moon hidden behind a lead sky has passed its delirious fullness and I was, at last still, and listening reaching into the sounds that make patterns and chaotic abstractions. I listening to the rain and heard its dark energy, the world filling with potential. The week before had a stripped bare rawness to it, people under stress revealing personality or personas that weren’t coherent with the shining face of day to day.

There is often a Pollyanna bent to peoples’ inclinations, where cognitive dissonance or denial of what is in front of them occurs. The dance of life lurches on around us and we play our parts surprising no one. Creative and brave acts are disregarded so we plough on in the mud. Why is it so difficult to treat ourselves as if we mattered? We mutter inside our heads a dialogue of criticism while exonerating the world.

A century ago a shadow was born, the unconscious that vast resource we all carry, our raw potential ignored. We tell ourselves we are good, okay at best, all the while guarding jealously the muttering doubts we have about ourselves, but the shadow will out and there it is in the grotesque that is the US Republican nominee, in Recep Tayyip Erdogan, Turkey’s ruthless president, in the new British conservative PM Theresa May, in the corruption and rapacious avarice of SE Asian Governments, in Syrian atrocities. The shadow is out.

I had a dream, I was in a room lined with books, like a lawyers office. There was a presence in the room. I couldn’t see it so I asked, “Who are you?” The presence answered,”I am God.”
I asked, “What the fuck are you doing in my dream?” The presence answered, “I am the writer, the director and the audience. As a writer I like a happy ending and as an audience I like to surprise myself.”

The air this morning is saturated with moisture and cool, I’ve been listening to the music of Krom (Christopher Minko, Sophia Chamroeun and Sopheak Chamroeun) a Delta Blues group, based in Cambodia and at present nominated for a Grammy. They are the first group to be nominated from Cambodia. It gives me pause that such music captures a poignant longing in my soul for us to care for each other and as I listened to the evocative sounds of rain and to the music of Krom the shadow lifted and I realised the muttering critic was still.
https://www.youtube.com/user/themekongsessions