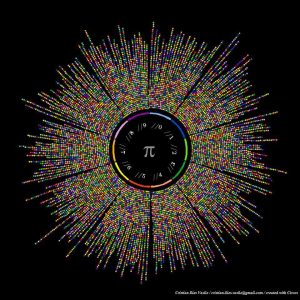 Things are getting strange in my world. Conversation overheard today:
“That Tracy is really getting herself together, no more vomit in her hair.”
“Yeah she’s really changed her look.”
“I wonder if she’ll be able to keep going, she really pushes herself.”
“I’m never sure about her.”
Let me put this in context. Two, barely out of adolescence, American girls with the grating voices of east coasters. I don’t think they realised how loud their conversation was. I was feeling delicate and needed AC and quiet so I moved but could still hear their snippets.
“Why do you think he took her off the road?”
“It must be a compulsion with him.” Giggles
“Does your father know?”
“Noooooo, the last time I saw him he looked at me and barked fist floor.”
“Really.”
“Yeah, then he said oh, hi Lisa, looked me straight in the face and said first floor. I said…Charming.”
“Bizarre.”

You can’t make this stuff up and here is another staged bit of stuff that has serious ramifications and is very funny: https://www.youtube.com/watch?v=6MubunsD-7g

On a more weird science note an experiment by Australian scientists has proven that what happens to particles in the past is only decided when they are observed and measured in the future. Until such time, reality is just an abstraction.
http://m.digitaljournal.com/science/experiment-shows-future-events-decide-what-happens-in-the-past/article/434829

So just as I thought it couldn’t get any weirder last night I dried my face and managed to get covered in tiny ants. Ants predictably, not only like honey, they like warm damp towels. A few spots around my eyes turned into a major closure, and the sharp little bites inflicted on me on all my soft places, and let me there are more of those than I’d like, turned into red itchy welts. Sleep, I did not. Today I walked about doing my stuff in sunglasses and covered up, to stop me slapping and scratching my legs and arms.

I decided to have a salad for lunch, and thought, as I listened to the above conversation, noting the dialogue as it was uttered, that I needed to wash my brain with some sort of cleansing balm. The salad came, I moved tables and ate the fish and greens thinking about the size of the immense universe so large it approaches infinity and the tiny expressions of life that make up the minutest parts of existence, so small they approach zero. And here I am sitting in the light spectrum a shadow of both. The lettuce crunched in my mouth, the avocado seemed tasty and smooth as usual. So, despite my weirdness, reality was an agreed upon café and each and each one of us was looking at the the room from a different place.

I wonder what the Yankee girls thought of the sunglassed blotchy woman with the humongous salad? A French man with a very entitled swagger asked for something, gesturing without eye contact or any pretence of courtesy. The waiter and I exchanged a look, our faces passive but a gleam in the waiter’s eye connected with me, and that moment was decided moments or eons before or after  was one of bemused amusement at the vicissitudes of men rather than an offended sweep of eyes heavenward in an equally possible response of judgemental disgust.

My body was wrapping itself around the salad with its mustard dressing, the hot strong coffee, challenging my liver, my welts abating and reality became manageable for a second. Then the heat of Phnom Penh and the dark interior of a Tuk Tuk whisked me away to my third shower and a brisk towel flapping exercise purging the devils and exposing my need for sleep and oblivion.