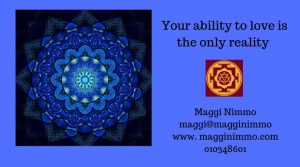 In the greater scheme of things there are no laws but within a biological matrix there are limitations of accomodation, pressure, adaptability based on genetics, experience and training. Below the timetable are universal laws that rule our existence.
Laws are formed by the influence of families, communities, societies, countries and they are subject to interpretation and change. The influences we subject ourselves to, often without questioning them, mediate our behaviour. if you grew up in a community with an strong honour culture you believe what you feel or think is real and in many ways may dishonour others with different influences or views.
Someone coming to adulthood in a more liberal climate may will have a different world view to someone raised in a war torn country or time.
You cannot change others you can only change yourself to be less reactive to disagreeable events or people and become responsive.
Yoga is not all about postures and great bodies. Yoga is the evolution of consciousness, creating space, peace or stillness within so you can experience your reality with less reactivity and judgement and maybe just may be subject your self to universal laws rather than local influences.

Universal Laws of Thermodynamics
1. The 1st law.  Energy is neither created or destroyed, it only changes from one form to another. The Law of
the Conservation of Energy.
2. The 2nd Law. All things have a tendency to move towards lower states of equilibrium, rather than high states of equilibrium. All atoms and molecules tends towards randomness rather than order and this randomness increases over time.  The Law of Entropy.
3. The 3rd law is the Law of Absolute Zero, which states that as energy decreases the change in energy also decreases.
Newtons laws of motion.
1. Every object in a state of uniform motion tends to remain in that state of motion unless an external force is applied to it.
2. The relationship between an object’s mass m, its acceleration a, and the applied force F is F = ma. Acceleration and force are vectors (as indicated by their symbols being displayed in slant boldfont); in this law the direction of the force vector is the same as the direction of the acceleration vector.
3. For every action there is an equal and opposite reaction.